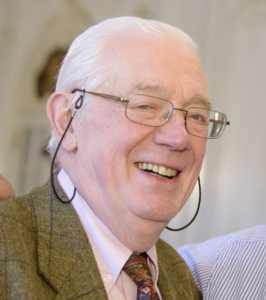 François Settembrino passed away on 25 September 2015, aged 86. He will leave behind a great void, not only for his relatives but for all who knew and worked with him over many years.

Everyone appreciated the great professional qualities he developed during his career, which he started in the insurance sector at Henrijean’s, where he was respected for his professionalism and honesty. He quickly understood that his activity was about more than insurance coverages and steered his career towards risk management.

While he was a risk manager at Tabacofina’s, he created just over 40 years ago the Belgian Risk Management Association, BELRIM, previously called the Groupement des Assurés du Commerce et de l’Industrie. He chaired the association from 1984 until 1994. Simultaneously, he set up and presided the European federation, AEAI, which is now known as FERMA.

A tireless worker, he wrote numerous articles and was always keen to provide his advice to his colleagues risk managers, with the critical mindset that characterized him. François was also concerned about transmitting his experience and advice to the younger generations. He remained very active in this field, even after his FERMA presidency, as he stayed involved in education and international training programmes.

FERMA held its biennial FORUM in Venice from 4 till 7 October. François took part in many of the previous editions of this important risk management event. A public tribute was paid at the opening of the congres by Thierry Van Santen, former FERMA president.

An important figure has left us. He will be remembered by all who appreciated him as an example of great professionalism which helped progress the know-how and development of risk management in Belgium and the world.